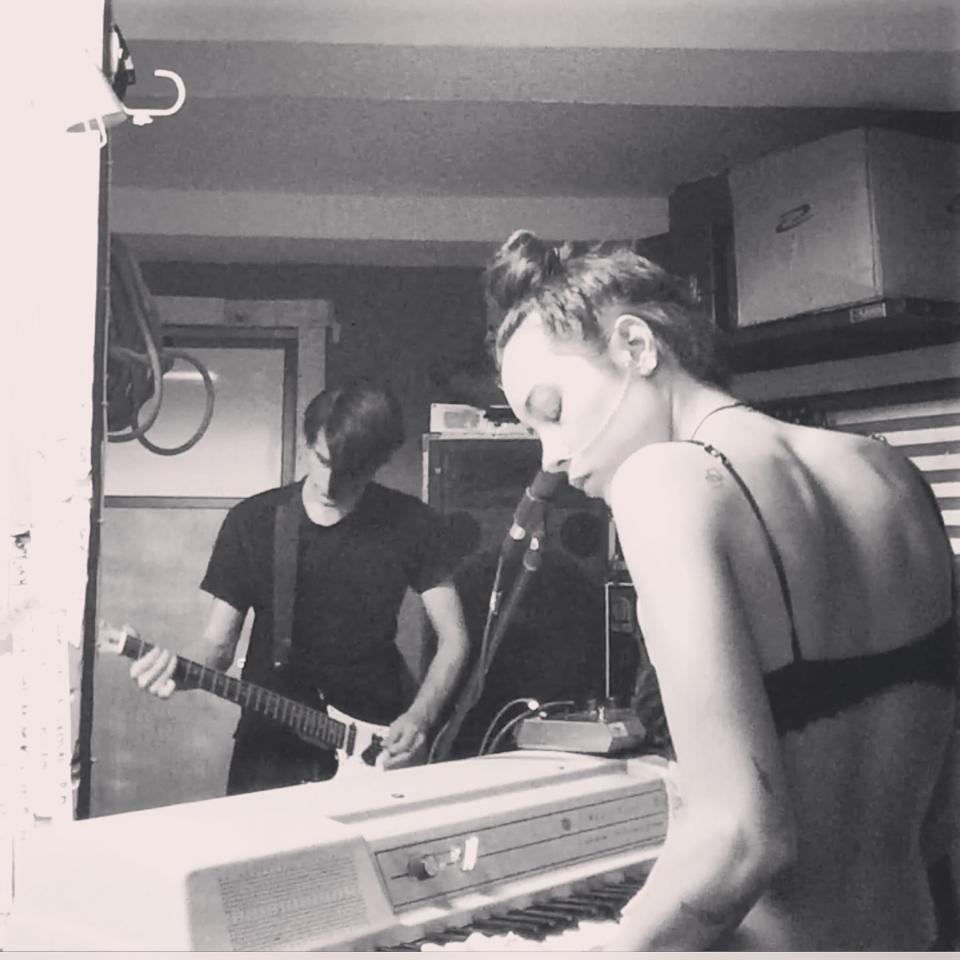 Ora Iso, a melodic Industrial-noise duo hailing from New York have spent the last month playing shows throughout Java. Kat, the keyboardist and vocalist was born and lived in Indonesia until the age of eight. Her melancholic and minimalist singing and keyboard playing is accompanied by industrial beats and thick slabs of guitar noise and wailing courtesy of Jason, who Kat met in New York, where Ora Iso began.

So, how has the tour been so far?

Kat: I didn’t really have any expectations before coming here, it’s turned out pretty well for us.

Neither of you have toured in South-East Asia before?

Kat: This is our first excursion outside the states, so I wasn’t sure what to expect, but its exceeded what little expectations I had. Its been good. People have been extremely hospitable and we are really grateful for that.

Jason: I wasn’t really expecting a whole lot when we got here, I’ve just toured inside the US, more than anything I just wanted to get out of the US for the winter and couldn’t afford to stay in New York. So we came out here, and the response we got here, in Jakarta and Bandung was so much more than anything I was expecting. For me, I had no idea about what people are working with out here, its a bit different to the way shows are run in the states, and its taken me a while to adjust to the way shows are run out here.

What did you know about the experimental music scene here?

Jason: I knew there was something happening, but not much. The Noise Bombers really exceeded my expectations. I didn’t realise that there was almost no venues here for experimental musicians, and the way that the musicians in Jogja have adapted to not having a venue by doing Noise Bombing, and the fact that they’ve had to work under such contraints, I think it’s made them better musicians. So the quality of what they do is pretty amazing, pretty incredible.

What have been your favourite bands you have played with or seen?

Kat: Everyone from Jogja that we played with last night at the Noise Bombing fest, SodaDosa, Menstrual Synth Drone, its nice to see a girl in there, also Suffer in Vietnam,

Jason: Basically my favourites have been all the Jogja guys, Anxiety, Lintang, Palasick.

Kat: At the show we played in Jakarta there was a project called Deathless from Bandung, they were really good. Kinda of droney-doomy…

So for Ora Iso, what are your musical and non-musical influences?

Kat: When we first started playing I hadn’t been living in New York very long, I still felt like an outsider. And I think that feeling went in to the music. Feeling alienated, struggling in a big city, And not quite connecting with all the people around me. Musically, the two vocalists I admire the most are Liz Fraser from Cocteau Twins and the chick from HTRK.

Jason: For me from an emotional standpoint I feel the same as Kat, I mean I have a lot of friends, I actually am very social, but I think there’s a part of me that feels very seperate from other people, whether thats a reality or not. Part of jamming for me is feeling where the other person is at, and just identifying with whatever they’re putting out, and it’s become a pretty main way that I communicate with people. I was pretty introverted as a kid, so whoever I’m jamming with, whatever emotions they’re putting into the music, I find that identification and I kind of heard that in Kat’s playing, and worked around it….so I think Ora Iso is for me and Kat, even though we have a lot of friends, we’re still lonely and somewhat alienated, so I think we commicate that with eachother when we play. And just in terms of how I build sounds and samples, one of my favourite John Cage quotes is: “If people only had ears to hear the world around them, we wouldn’t need to compose.” So im really inspired by the soundscapes around me, and that usually where I start building most of the tracks from.

Is there a story behind why you chose to be called Ora Iso?

Kat: Although it might have a negative connotion or sound pessimistic, it relates to inability, so it kind ties in to what I was saying earlier, like making music as an outlet to express a feeling that I was unable to get on my feet. And also, my mums from Jogja, I’m proud of being half-Indonesian and I wanted to represent that.

Jason: Negative band names are pretty common in the US, from Suicide, or current bands like Negation, so Ora Iso is actually a bit tame in terms of the US. I think people here are a bit put off by it though…

Kat: I don’t know if they’re put off by it, maybe just curious, because we are from the States…

Jason: Yea, if we were called Inability, no one would think twice about it.

Kat: But Ora Iso sounds nicer to my ears than its English translation

Jason: I also like having a band name that sound mysterious, at least in my hometown. And when people ask and I tell them, though usually laugh and say, ‘yea its perfect for you’

Yea my friend made a cynical comment after you played the other night, he was like, ‘oh they’re your friends? They’re called Ora Iso? Is that because they can’t play normal music?’

Kat: haha I know our music isn’t for everyone

Jason: yea actually for me Ora Iso is just my weird pop band

So about the desire to represent your Indonesian background, what is your story? You were born in Indonesia right?

Kat: I was born in Jakarta and lived there until I was eight. My mother’s from Jogja, my father’s American, After he father retired we moved us to Australia, because its not too far from Indonesia, so we could come back often and visit…. and I’ve been coming to Jogja my whole life, my mother has a lot of family here.

So this tour feels like some sort of homecoming in some way?

Kat: Yea it feels like coming back to where you’re from, not just as a visitor, or as a vacation or to visit my family, but to bring some performance here as well. Its nice to be able to do that here.

What is your favourite indonesian food Jason?

Jason: Actually my favourite thing i’ve had in Indonesia was a coffee with a raw egg in it

Kat: My favourite food is Soto Ayam, I eat it everyday for breakfast.

Jason: Yea, it was good for like first few times I had it. Now I’m fucking sick of Soto Ayam 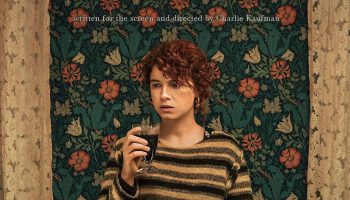 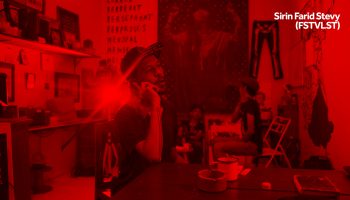 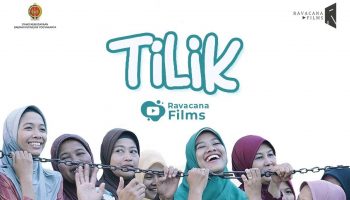 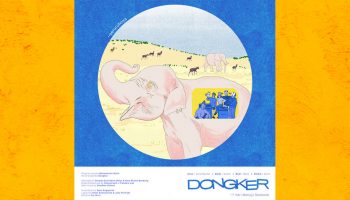 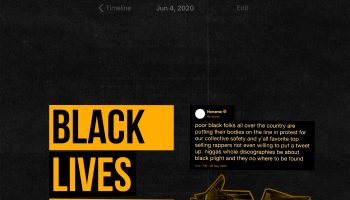 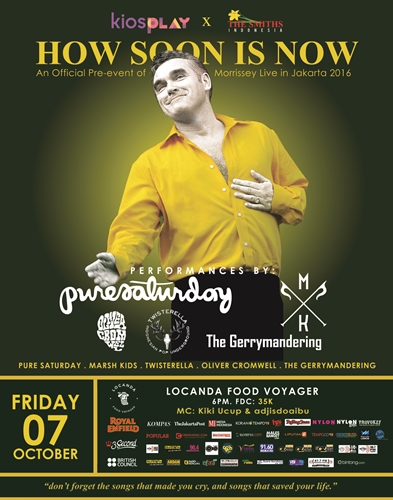